“Higher education in prison not only changes students’ lives but also holds the unique potential to fundamentally transform society and help neutralize key facets of inequity in our national postsecondary system,” begins the anticipated report “Supporting Success: The Higher Education in Prison Key Performance Indicator Framework.” Ascendium made a $1.9M grant to the Institute for Higher Education (IHEP) to support their development of a KPI framework to collect data on incarcerated student success. 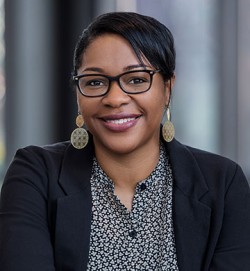 What makes this project so unique? “This report sets the stage for a meaningful discussion on data collection practices within postsecondary education systems as it pertains to incarcerated learners,” explained Toya Wall, Ascendium’s senior program officer for Expanding Postsecondary Education in Prison. “While at least 47 states have active postsecondary education/prison partnerships, there are barriers to fully understanding the factors that influence incarcerated learner access to and completion of degrees and credentials. The data simply isn’t being collected consistently. This report establishes a comprehensive set of metrics that can be used broadly to understand and improve incarcerated student outcomes.”

The postsecondary education in prison data collection problem is twofold: First, college in prison partners are collecting inadequate student data, focusing on vague measures such as enrollment or re-incarceration. While these are important factors, they provide very little information about student educational and career outcomes. They also fail to capture the full range of benefits associated with access to postsecondary education in prison, such as soft skill development or increases in civic engagement. Second, current data infrastructure at the institutional and system levels fails to include incarcerated learners as a disaggregated population, which has a considerable impact on the ability to measure incarcerated student outcomes and to understand important trends over time. 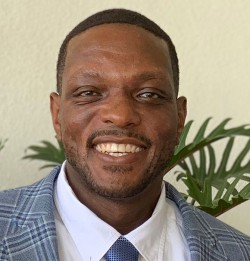 To address these issues, IHEP developed the framework in partnership with experts across various sectors, including impacted learners, who constituted the project’s Advisory Council. It’s critically important that the voices and experiences of impacted learners be part of the discussions and advisory councils. Jule Hall, program officer for Ascendium’s Expanding Postsecondary Education in Prison focus area, can speak to this firsthand. Jule received his degree while incarcerated; now his work with Ascendium continues his involvement.

In order to understand the conditions and preparations needed to deploy the KPIs, IHEP partnered with four institutions to take a deeper dive: University of Iowa Liberal Arts Behind Bars, Indiana’s Moreau College Initiative (a partnership between Holy Cross and University of Notre Dame) and New Jersey’s Raritan Valley Community College.

This report is being released at the time of a new era for postsecondary education in prison. Pell eligibility for incarcerated learners is likely to be broadly reinstated, and there is an increased focus on closing educational equity gaps. With postsecondary institutions across the country increasingly collaborating with prisons, now is the time to increase the field’s capacity to implement, leverage and report on the type of performance indicators that meaningfully include incarcerated learners. This will be key to institutions’ ability to better serve these learners, as well as to understand the implications of prison-based enrollment on overall enrollment, completion and equity goals.

The KPIs and the data they collect are central to Ascendium's focus on expanding postsecondary education in prison and our investment priorities to develop a better understanding of incarcerated learners through data and research and to support strategic partnerships between postsecondary education, correction systems, employers and community-based organizations.

Equally as important is the fact that this work is helping to critically reshape the narrative. “I am excited that the field is moving beyond the dominant narrative of this work as a charitable, crime-prevention strategy toward a discussion about how postsecondary institutions meaningfully serve people who are enrolled, meaningfully engaged in a robust curriculum and paying tuition within a prison setting,” said Toya. “What does that return on investment really look like? What barriers are in place and how do we remove them? Those are the questions these KPIs, and the data collected from them, will allow us to address.”